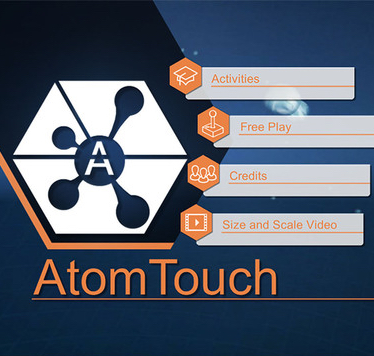 AtomTouch is a free, 3D touchscreen app designed by scientists and educational game developers to give students hands-on understanding of how atoms behave in the real world under various conditions. AtomTouch is based upon a molecular dynamics simulation, which means the atoms behave according to scientific data and physical laws. The app includes a series of tasks that help students understand how to use the app and how atoms behave in various physical situations. The launch video includes a scale bar to give students real-world context by relating the size of atoms to grains of salt. In addition, there is a Sandbox option that allows users to explore the world of atoms and atomic behavior by building structures under various physical conditions; observing how atoms behave as materials change state; and determining the most stable structure for a molecule. Read below to learn what a molecular dynamics simulation is and how it works, to watch a video introduction to the AtomTouch app, and to find instructions for downloading the app!

How small are atoms and molecules?

Sodium ions (Na+) are about a fifth of a nanometer across, while chloride ions (Cl-) have a diameter of about a third of a nanometer.  By comparison, a red blood cell is between 6,000 and 8,000 nanometers, and the width of a human hair is around 40,000 nanometers! 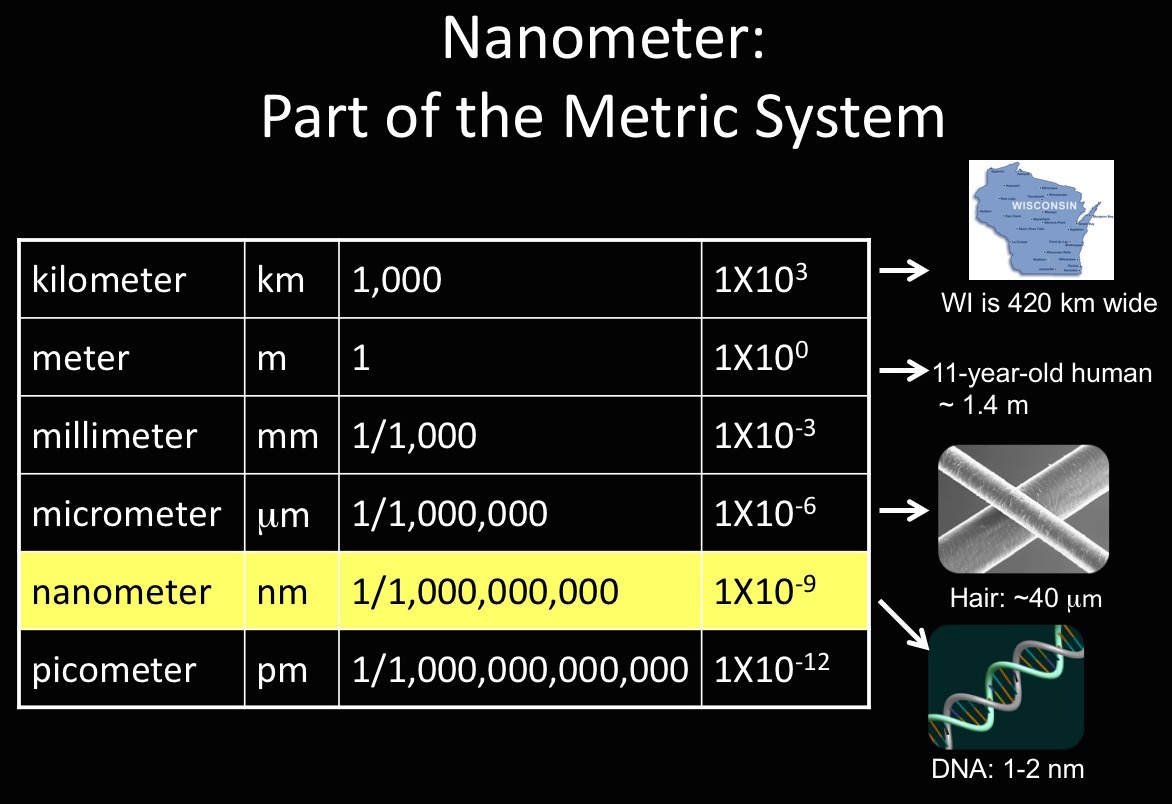 What is a simulation?

A simulation is an imitation of how a real-world process or system operates over time. Simulations are used to study, understand, and predict how something works. They are especially useful tools to investigate nanoscale phenomena, which are often difficult to observe directly (because, you know, small...).

What is molecular dynamics?

Molecular dynamics applies the same laws that describe the trajectories of visible objects, like soccer balls and planets in orbit, to understand the trajectories of atoms and how their collisions result in particular diffusion paths or chemical reactions. Since observing and measuring the motions of individual atoms is difficult, we often use thermodynamic averages, which correlate the behavior of individual atoms with measurable macroscopic properties like energy, pressure, and volume.

If we know the magnitude and direction of the force applied to the soccer ball, we can predict how the ball will move.

If we know the magnitude and direction of the force applied to the soccer ball, we can predict how the ball will move.
Step 4

How do you make a molecular dynamics simulation?

Molecular dynamics simulations allow us to predict how atoms will interact, what materials they will form, and what properties those materials will have. To create such a simulation, we need a mathematical expression that describes how atoms behave and interact.  We start with Newton's second law of motion, which states that the force applied to any object is equal to the product of the object's mass and its acceleration (Force = mass x acceleration, or F=ma). Since an atom contains both positively charged protons and negatively charged electrons, two different forces combine to give the value of F: one is an attractive force between particles of opposite charge, and the other is a repulsive force between particles of the same charge. The strength of each force will vary with the distance between atoms, and we can combine these patterns into a potential, or an equation that calculates the total force on an atom as a function of its distance away from other atoms. 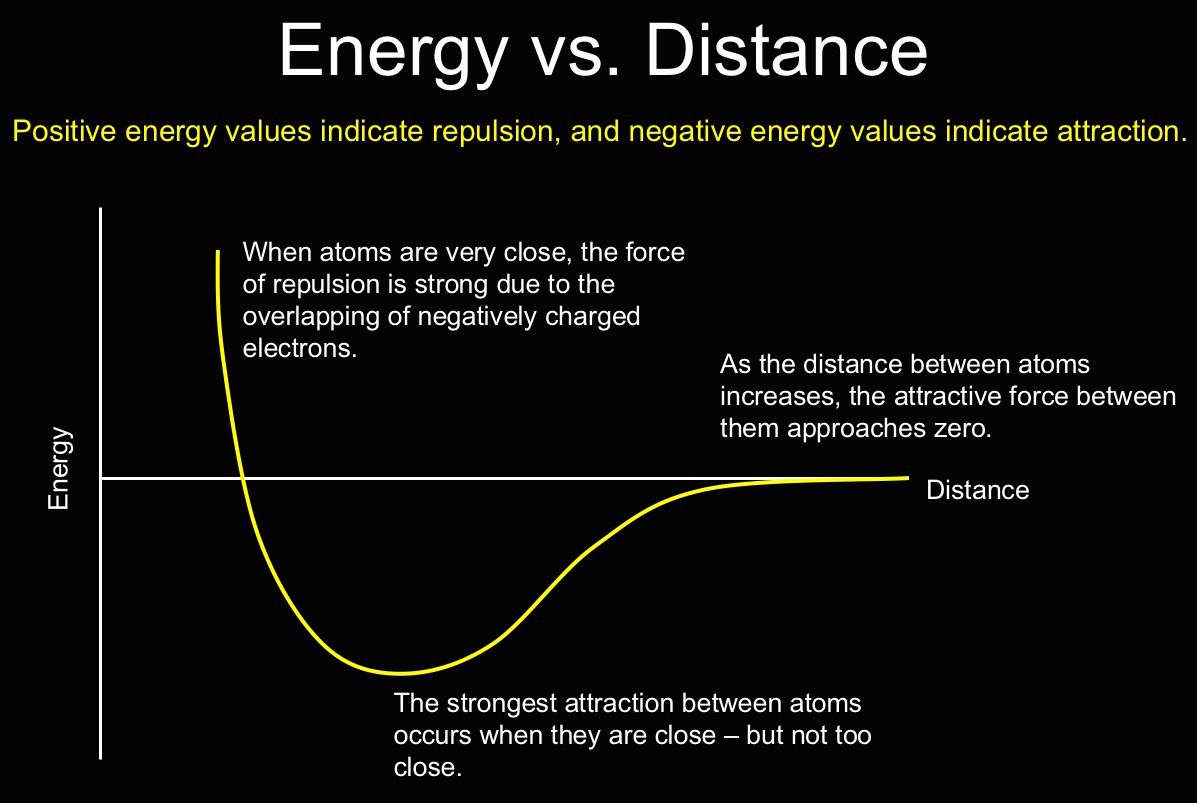 Example of a potential curve (click to enlarge).
Step 5

How does a molecular dynamics simulation work?

What are the criteria a good molecular dynamics simulation must meet?

It is important that a molecular dynamics simulation be both accurate and efficient. Both momentum and energy must be conserved, in accordance with the laws of mechanics and thermodynamics, and the calculated trajectories of the atoms should be correct for as long a time as possible, and with the time step Δt as large as possible. At the same time, it should minimize the calculations and memory required for each time step.

Molecular dynamics integrates the classical equations of motion (F=ma). An accurate and efficient molecular dynamics algorithm can be used to track trajectories, time-evolve a system, and perform thermodynamic averages. The unknown parameters in the potentials can be fit to experimental data and used to model interacting atoms.

The AtomTouch app is available as a free download on iTunes and Google Play, or to play online. Additional information about molecular dynamics simulations is available in the Atomtouch_teacherslides.ppt file, which is available upon request from AnneLynn Gillian-Daniel (agillian@wisc.edu).