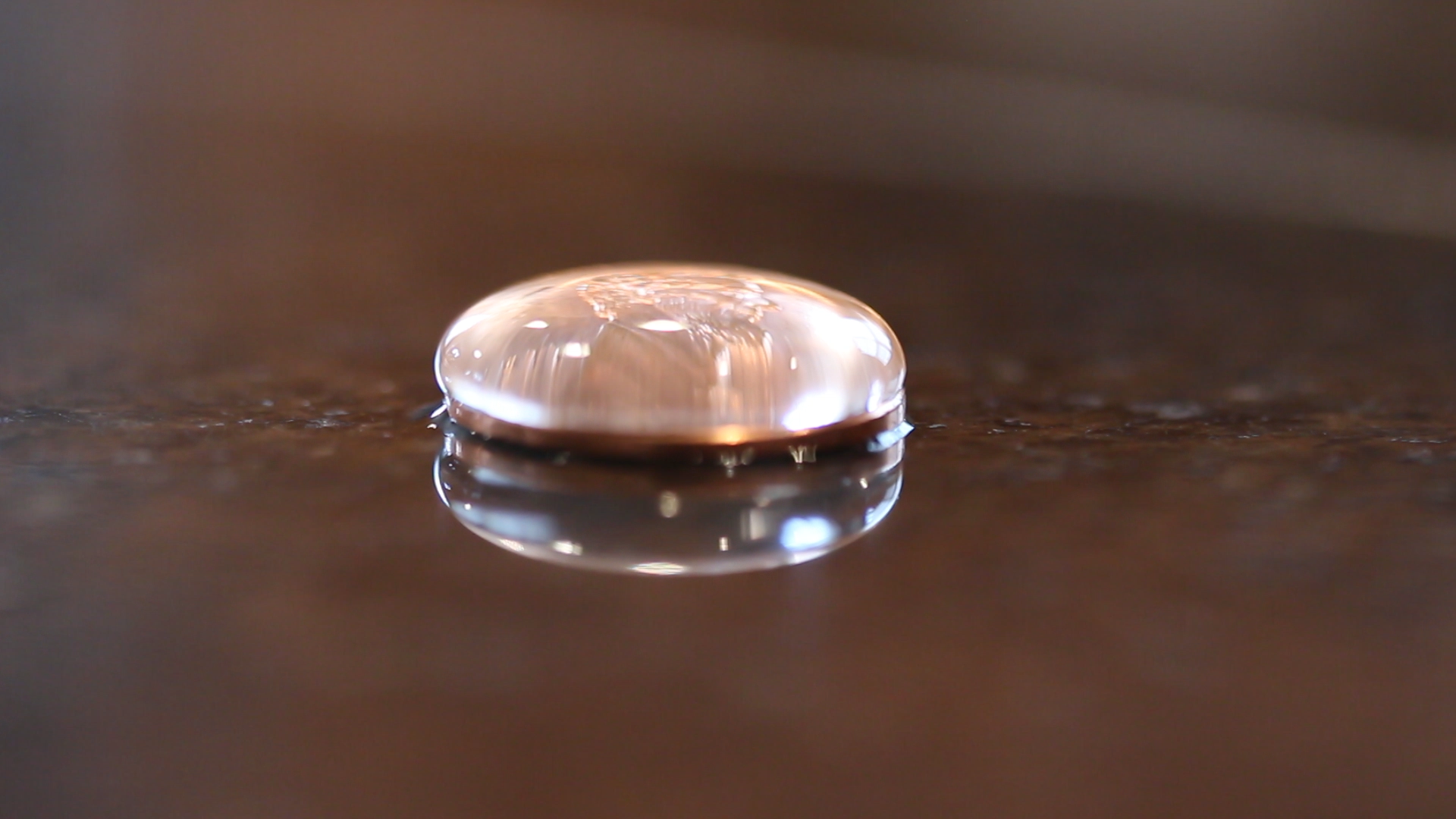 Mar 13, 2020 0
From bubbles and droplets to cleaning our dishes, surface tension is an important force in our daily lives. But what is it really?
What is Surface Tension?
by Nicole Sharp

Surface tension is a somewhat peculiar force. Its effects are all around us, but since it tends to act at the scale of millimeters or smaller, we don’t always notice it. It’s critical, however, for many creatures smaller than us, from water-walking insects to star-nosed moles that sniff out food underwater. So what is surface tension and where does it come from?

Like many fluid properties, surface tension comes from the interaction of molecules. Imagine the interior of a water droplet at the molecular scale. All these water molecules tug on one another, but because they are surrounded on all sides by other water molecules, the net force of all these interactions on any molecule is zero. Not so at the surface of the drop.

The surface is also called an interface; it’s a place where the water ends and something else–another fluid or perhaps a solid–begins. For a water molecule at that interface, the forces exerted by neighboring molecules are different; air molecules don’t tug on them as much as their fellow water molecules. The result is that these molecular forces do not balance to zero. Instead, the imbalance causes the water molecules to be tugged inward. We call this effect surface tension.

Because surface tension is an interfacial effect, it is not completely dependent on the fluid alone. For example, a drop of water sitting on a solid surface can take a variety of shapes depending on the properties of the solid and the surrounding air as well as those of the water. This is only one of many manifestations of surface tension. Wikipedia has a pretty good overview of some others, if you’d like to learn more.

You can try this yourself at home by making a shallow pool of milk in a saucer and adding some food coloring. Then carefully drip a single drop of dish soap into the middle of your colorful milk. You’ll see everything zip away from the spot where the soap impacts! (If you don’t have food coloring, you can get the same effect by sprinkling black pepper on a saucer of water and then adding the dish soap.) What’s going on here?

Dish soap has a much lower surface tension than either milk or water, so when you add soap, there’s suddenly a much stronger pull from the outer parts of the pool. That imbalance actually creates a flow, called a Marangoni flow, that draws fluid toward the areas of higher surface tension. This is more than a fun kitchen science trick, though. Some species of water-walking insects use it to escape danger. When threatened, they expel a spurt of a liquid with lower surface tension than water, then let the Marangoni flow pull them away faster than they could flee! 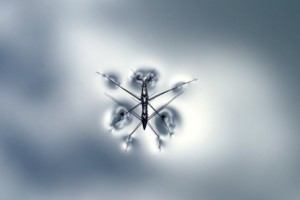 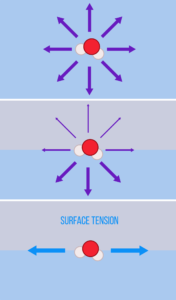