Materials that are absolutely perfect (materials that contain no defect of any kind) are usually not very interesting. Imagine being married to a saint—you would quickly be bored out of your mind! Defects and impurities can considerably change many properties of materials in ways that allow a wide range of applications. For example, Neolithic people realized that adding trace amounts of tin to copper substantially changes the properties of copper. The mix is easier to melt and cast, and once cooled, is much harder than copper: it is bronze. They made bronze tools, as well as weapons and shields, and then conquered those who did not have the new technology. After World War II, the semiconductor revolution was just as dramatic—a few parts-per-million of oxygen added to crystalline silicon allows very thin wafers to be processed without cracking.

For the past 90 years or so, scientists have assumed that defects in materials scatter heat waves, in much the same way a rock in a river scatters water waves. But atomic-level calculations show that Mother Nature is a bit trickier than that. It turns out that defects are not static scattering centers like rocks in a river, but dynamic. Energy flows through materials via charge carriers (usually electrons, when free electrons are present) and crystalline vibrations. Each atom is associated with three degrees of freedom and three vibrational modes, corresponding to the three dimensions in which the atom can vibrate. Therefore, a crystal containing n atoms has 3*n vibrational modes. Each of these is a quantum oscillator. Figure 1 shows a classical oscillator—a pendulum, which oscillates by swinging back and forth. Atoms in a crystal oscillate by vibrating, and a large number of these quantum oscillators can propagate and carry heat.

But what is “fast” and what is “slow”? With the possible exception of some politicians, everybody here was born on planet Earth, and this dictates our concept of time. Morning, day, evening, night—a perpetual cycle, which the ancient Egyptians divided into 24 hours based on a duodecimal (base 12) number system. The Sumerians, on the other hand, used a sexagesimal (base 60) number system, dividing the hour into 60 minutes and the minute into 60 seconds. Beyond this, further divisions are decimal, with successively smaller units obtained by dividing by powers of ten—a millisecond is one-thousandth of a second, a microsecond one-millionth of a second, a nanosecond one-billionth of a second, and a picosecond one-trillionth of a second. The second itself is thus an arbitrary unit of time. The relevant unit of time for a quantum oscillator is its period of oscillation, or the time it takes to complete one cycle of its movement.  The period of oscillation of a pendulum, for example, is the time it takes for the pendulum to swing away from and return to its starting position. For a quantum oscillator, any event that occurs within one period is “fast,” while an event lasting many periods is “slow”—even if the time it takes is very tiny if measured in seconds.

The model material used in these studies is a small silicon nanowire containing a thin layer of some other material.  In the image above, the silicon atoms (purple) contain a thin layer of crystalline carbon—that is, diamond (black). The “defect” here is the silicon-carbon interface, which interrupts the regular structure of the silicon crystal. Interestingly, we found that the same defect behaves differently at different temperatures. Heat flow depends not only on the temperature but on the materials involved. For example, a silicon-germanium interface warms up very quickly at a temperature of 120 degrees Kelvin (Fig. 2), while the temperature of the silicon-carbon interface remains constant for a long time under identical conditions (Fig. 3). This difference cannot be explained by a simple scattering process, which should affect atoms in a similar way regardless of the kinds of atoms involved.

We are now able to predict how a defect will affect heat flow in various temperature ranges, just from our knowledge of its vibrational properties. These calculations use up a lot of computer time, but understanding the physics of these processes at the atomic level is the first step toward controlling them, and creating new materials with specific thermal properties. The ability to control the flow of heat in solid materials may even lead to the development of “thermal circuits,” similar to electrical circuits, or to the development of new thermoelectric materials. But this is a longer story. . . . 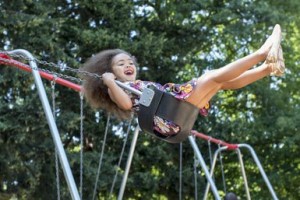 Fig. 1 (Click to enlarge) Fig. 1 A child on a swing is an example of an oscillator. The period of oscillation is the time it takes her to complete one cycle, swinging forward and back to her starting position. (About.com) 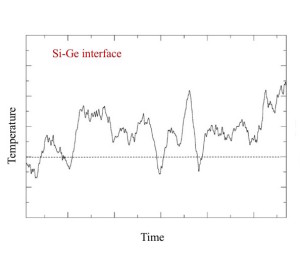 Fig. 2 (Click to enlarge) Fig. 2 A Ge layer in Si absorbs heat very quickly in the 120-135K range, because most of its vibrational modes have low frequencies. These oscillators become easily excited. 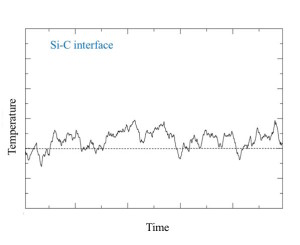 Fig. 3 (Click to enlarge) Fig. 3 On the other hand, a C layer in Si is characterized by high-frequency modes which can only be excited at much higher temperatures, or using multiple excitations, and this takes a much longer time. So the temperature of the Si|C interface remains at 120K for a long time, even if the bulk crystal is heated as high as 200K.
http://jupiter.phys.ttu.edu/stefanke
http://jupiter.phys.ttu.edu/stefanke/microcanonicalMD
TAGS: #crystal defects    #oscillators    #theory    #thermodynamics
PRINT
SHARE THIS POST:
0
0
0
0