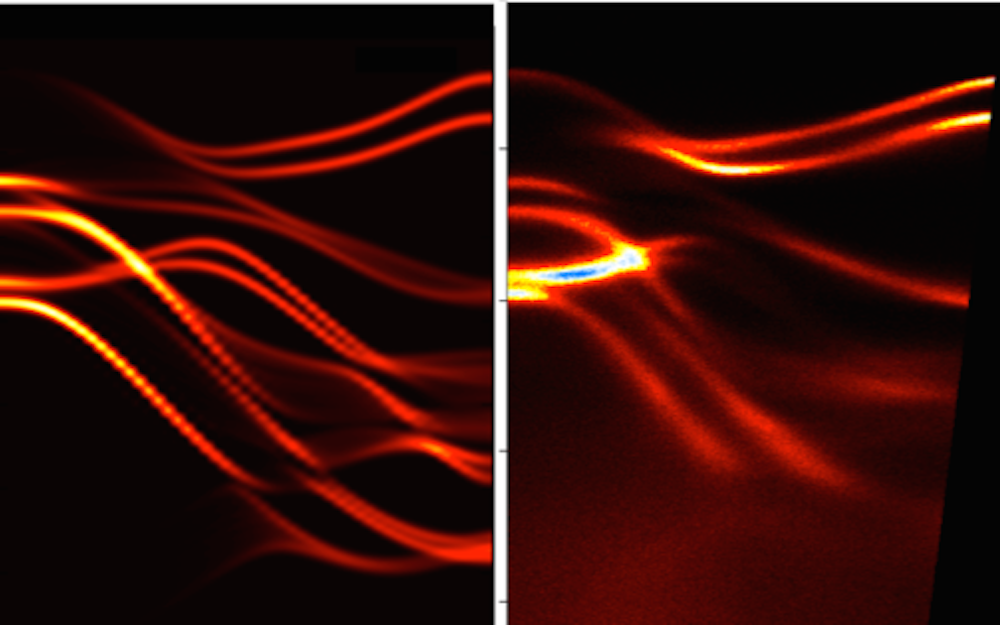 All electronic devices store and process information by manipulating electrons. Conventional devices do this based upon the electrons’ charge. Scientists are now working to develop devices that manipulate another property of electrons, called spin—a research area aptly known as spintronics.

An electron’s spin can come in two forms, usually designated “up” and “down.” While spin is a quantum property, it can produce a phenomenon that is observed in some materials—magnetism! The laws of quantum mechanics explain that electrons can exist only in particular allowed energy states, in much the same way a belt can be fastened only at particular intervals where holes exist, and nowhere in between. The allowed energy states for electrons in an atom or molecule are collectively referred to as its band structure.

Each element or compound has a unique, characteristic band structure, and investigating this band structure is necessary to identify materials that are good candidates for use in spintronic devices. We study band structure through photoemission experiments, which relate the allowed energy states of the electrons in the material to their momentum (which way are they going and how fast). Figure 3 shows the predicted (left) and observed (right) band structure for the semiconductor tungsten diselenide (WSe2). The split in the upper band indicates electrons that occupy the same energy state except for their spins, which are in opposite directions. The symmetry in the band structure of WSe2 suggests that it may be a good candidate for use in spintronics.

The semiconductors we are developing will not only be faster and cheaper than those used in conventional devices, but will also have more functionality. While memory devices based on magnetic fields are Boolean, having two values (‘0’ and ‘1’ in the familiar binary code), manipulating spin may allow us to build devices with four or eight possible values per unit. The result: a lot more computer in a lot less space. 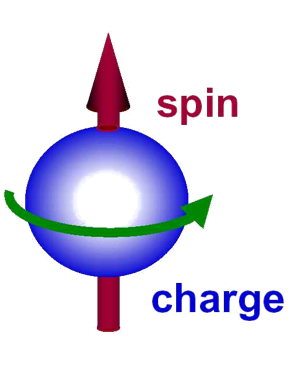 Fig. 1 (Click to enlarge) While conventional electronics rely only on an electron's charge to process and store information, spintronic devices also manipulate an electron's spin.

While conventional electronics rely only on an electron's charge to process and store information, spintronic devices also manipulate an electron's spin.

Fig. 2 (Click to enlarge) Like holes in a belt, electrons in an atom or molecule can occupy only certain allowed energy states.

Like holes in a belt, electrons in an atom or molecule can occupy only certain allowed energy states. 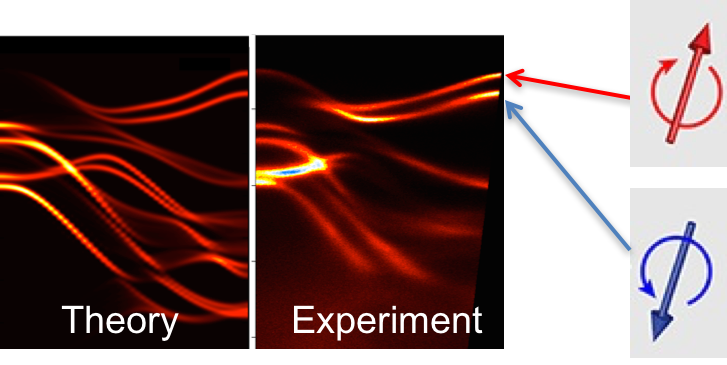 Fig. 3 (Click to enlarge) The top band in tungsten diselenide's band structure is split, showing that these electrons have opposite spin values.