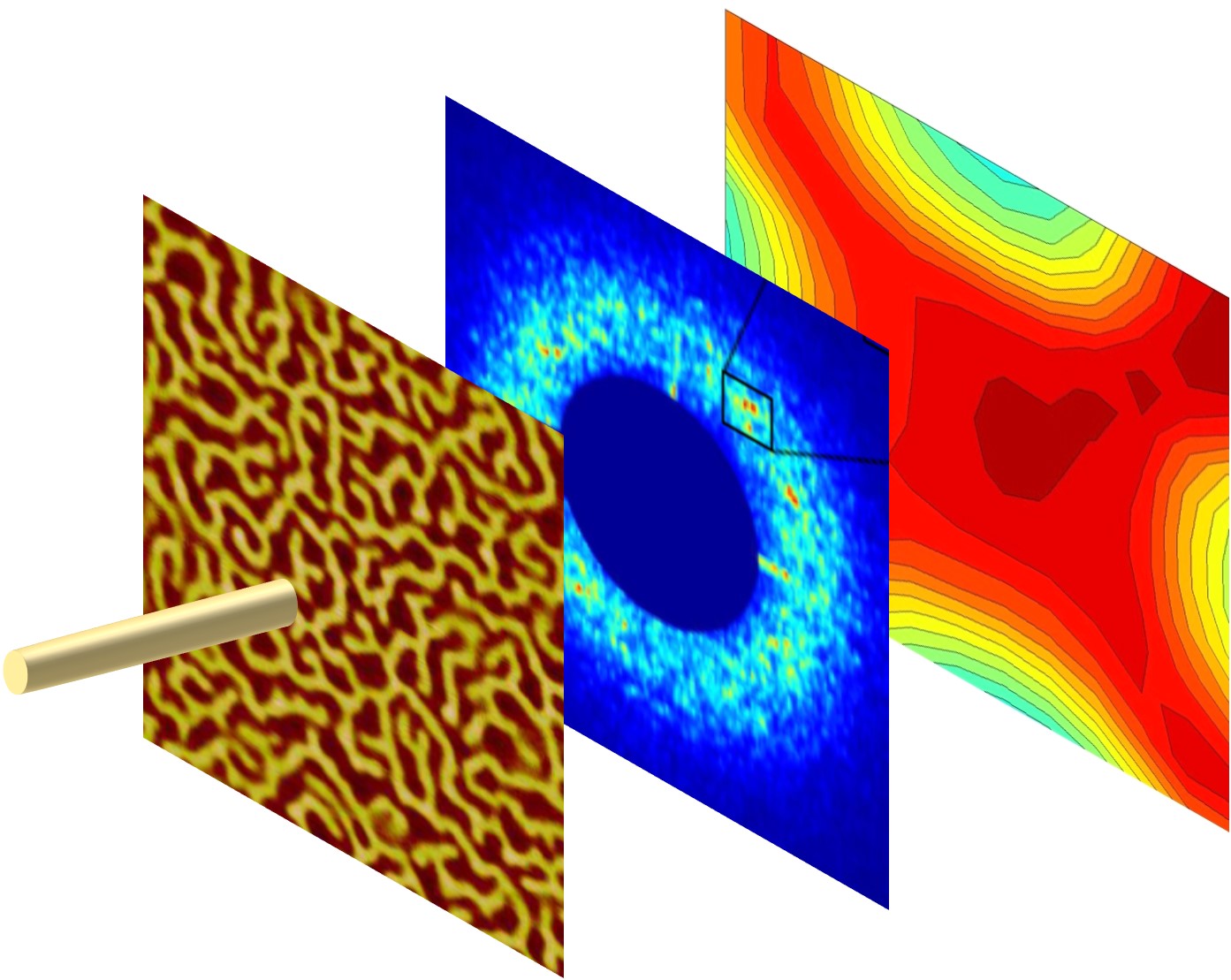 You may know that the media used in magnetic recording technologies, such as computer hard drives, are made of millions of tiny nanomagnets. Each nanomagnet can be switched up or down to record bits of information as ones and zeros. These media are constantly subjected to magnetic fields in order to write, read, and erase information. If you have ever placed a magnet too close to your laptop or cell phone, you know that exposure to an external magnetic field can disrupt information stored this way. Did you know that it is possible for the nanomagnets to “remember” their previous state, if carefully manipulated under specific magnetic field and temperature conditions? Using a kind of memory called topological magnetic memory, scientists have found out how to imprint memory into magnetic thin films by cooling the material under the right conditions.

When layered into thin films, magnetic materials known as ferromagnets exhibit nanoscale magnetic domains, which form maze-like patterns of long interlaced strips, as shown in frame (a) of Fig. 2.  In some of these strips, the magnetization points up, perpendicular to the film, while in others, the magnetization points down.  Within each strip, however, adjacent atoms are magnetized in the same direction.  If the material is exposed to a strong magnetic field, these magnetic patterns are erased as all the magnetic domains flip in the direction of the applied field. When the field is removed, magnetic domains will reappear, but the pattern will be a totally different shape—that is, it will have a different topology. Multilayers of the elements cobalt and palladium exhibit this kind of ferromagnetic behavior.

But how do we know all this? We measure magnetic memory in a material using intense x-rays of a particular wavelength, specific to the properties of that material. When the x-rays encounter the material, they are scattered, and the scattering pattern detected downstream is a unique fingerprint of the magnetic domain pattern in the material. An example of such a scattering pattern is visible in the frame (b) of Fig. 2. Many of these scattering patterns are collected at different points during the magnetization process to produce a correlation pattern, shown in frame (c).

Understanding how magnetic domains form, and how to control the patterns they form, is useful to improve the reliability of magnetic memory. These findings have potential applications in developing new nanotechnologies that rely on topological magnetic memory to store information. 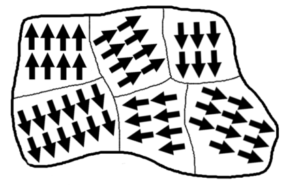 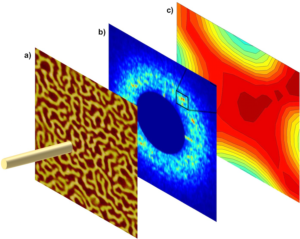 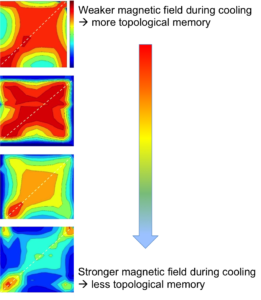 Fig. 3 (Click to enlarge) This figure shows a selection of correlation maps measured in different cooling conditions. Each map shows the amount of magnetic domain memory throughout the magnetization process, with the color red being high and color blue being low. What changes from the top map to the bottom map is the strength of the magnetic field during cooling. This shows the gradual loss of magnetic memory as the magnitude of the cooling field is increased.
TAGS: #magnetic memory    #nanomagnetism    #x-rays
PRINT
SHARE THIS POST:
0
0
0
0