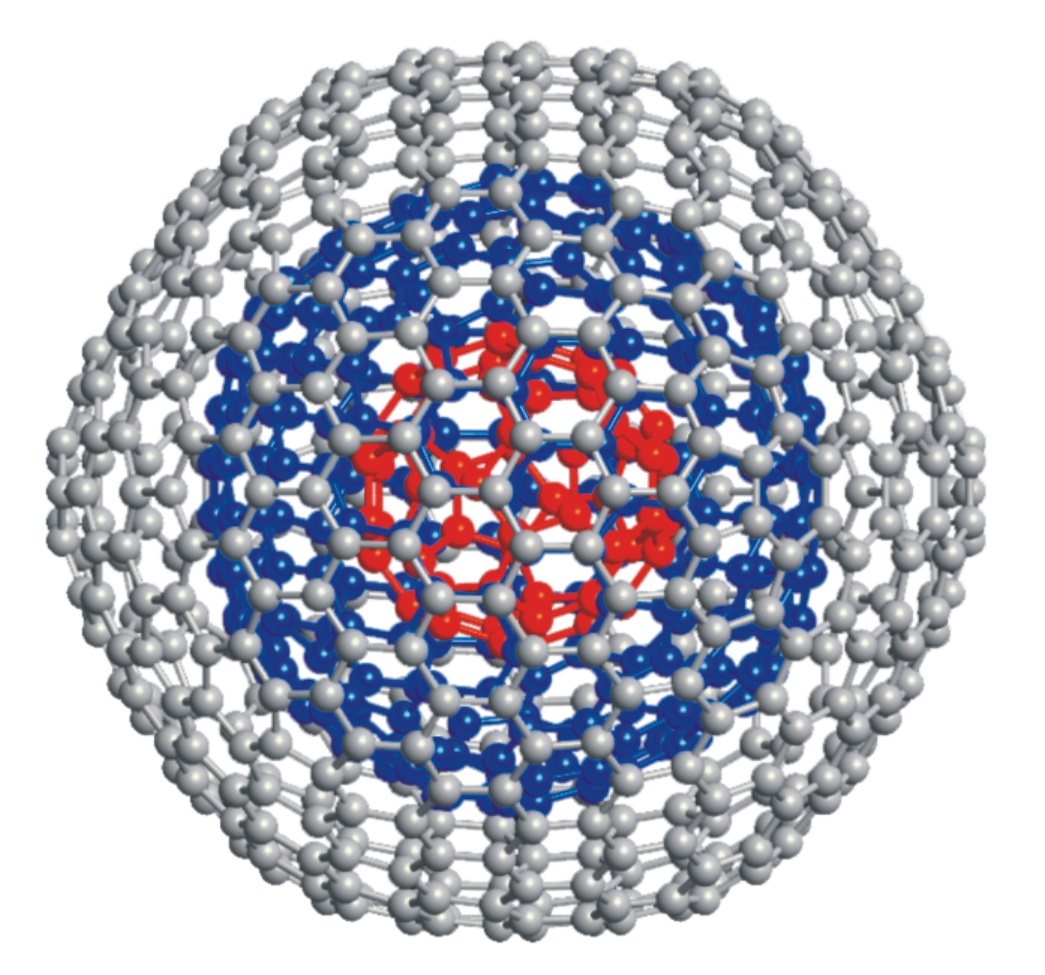 Carbon-based nanostructures are among the most intensely studied systems in the area of nanotechnology. Nobel Prizes in Chemistry and Physics, respectively, were awarded for the discovery of spherical fullerenes (better known as buckyballs) in 1985, and for the discovery of graphene, a two-dimensional honeycomb lattice of carbon, in 2004. Potential applications of carbon nanotubes span the fields of medicine, electronics, and hydrogen storage, and they could even be used to develop a space elevator.

These examples all demonstrate that while materials may be made from the same element, the particular organization of their atoms can dramatically affect their properties.  For example, carbon is a nonmetal, and so it is generally a poor conductor of electricity.  Even though graphene consists only of carbon atoms, however, the particular way its carbon atoms are arranged make it an excellent electrical conductor.

At the Physics Department of the University of Northern Iowa, the team of Prof. Andrew J. Stollenwerk, Prof. Tim E. Kidd, and myself perform combined experimental and theoretical research on a class of nanostructures called carbon onions. Like buckyballs, these fullerenes are sphere-shaped, but they consist of multiple layers, like an onion.  We study carbon onions of various sizes and compositions, investigating how they conduct heat and electricity, and calculating their electron structure. Using measurements taken with a powerful scanning-tunneling microscope (STM), we have found that carbon onions exhibit both metallic and semiconducting behavior.

We know that the properties of carbon onions are affected by many variables, including the electron structure of the individual “onion layers”; their stacking order; the distances between them; possible defects in the molecular structure; and any dangling bonds. Figuring out how each of these variables individually affects the properties of carbon onions is an extremely challenging task. At the same time, it is potentially very rewarding, since it could uncover more novel properties of carbon-based nanostructures, like those that have already been identified for buckyballs, graphene, and carbon nanotubes. 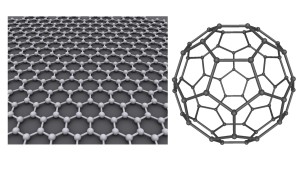 Fig. 1 (Click to enlarge) Graphene (left) and buckminsterfullerene (right) are both allotropes of carbon, meaning they have the same chemical composition but different geometrical arrangements. (Wikipedia) 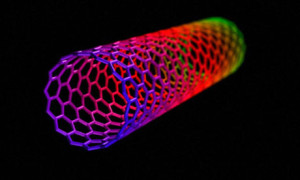 Fig. 2 (Click to enlarge) The diameter of a carbon nanotube (CNT) like this one is 50,000 times smaller than that of a human hair. CNTs may be useful in biomedical devices and building smaller electronics, among other applications. (www.theguardian.com) 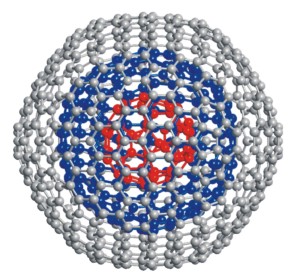