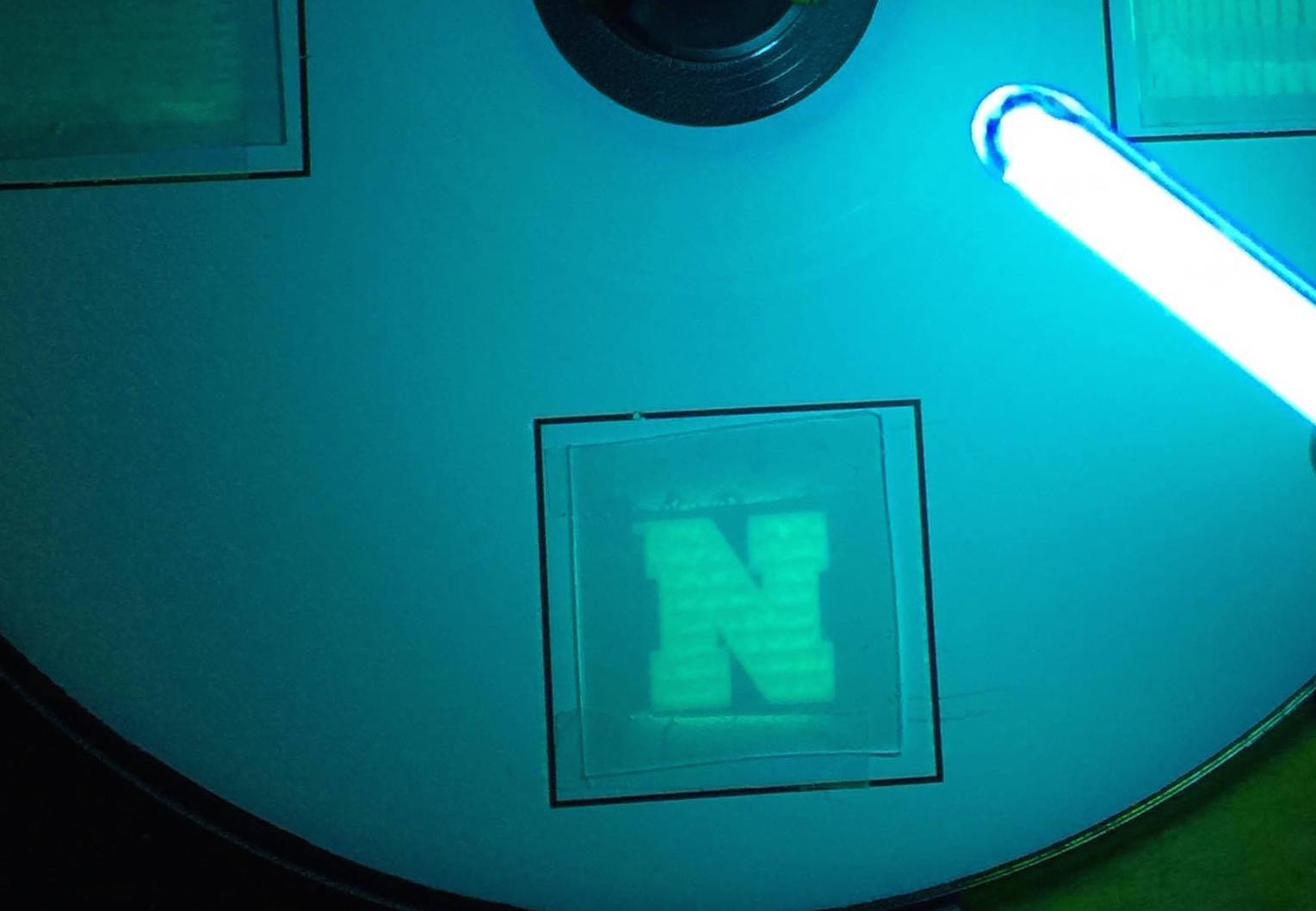 To increase our use of solar energy, we need to create more efficient, stable, and cost-effective solar cells. What if we could use an inkjet printer to fabricate a solar cell?

A solar cell is nothing but a light emitting diode (LED) operating in reverse. While an LED converts electrical energy into light energy, a solar cell converts light energy into electrical energy, taking advantage of a phenomenon called the photovoltaic effect. Its discoverer Edmond Becquerel found that when some materials absorb light, an electric voltage is created within the material, even without another energy source present.

It works like this: in a semiconducting material, a photon excites negatively charged electrons into the conduction band, so named because electrons can freely move when excited there. Semiconducting materials come in two main types—n-type, which have some “extra” electrons, and p-type, which are missing some electrons. These “missing” electrons are called holes. The real magic happens where n-type and p-type semiconductors are in contact with one another, however. When sunlight is absorbed at the p-n interface (Fig. 1), its energy excites electrons enough for them to enter the conduction band. The movement of negative charges and positive charges in opposite directions produces an electric current. This is how silicon solar cells generate the electricity that powers nearly all aspects of our lives today.

The first solar cells were installed on New York City rooftops in 1884 and had only a 1-2% energy conversion rate. By the 1950s, solar cells were ready for commercial production and boasted a still-underwhelming efficiency of 6%. Since then, the main goal of solar cell research has been continuously to improve their efficiency, while also lowering the cost of the materials needed for solar cell panels. Apparently, this is not an easy task, since commercial solar cells still have a maximum efficiency of only 18-20%. Solar cells produced in the lab have achieved up to 45% efficiency, but the methods used to produce these cells are too expensive to be applied to mass production.

A new type of solar cell uses a class of materials called perovskites. Perovskites have a special crystal structure (Fig. 2), with chemical formula CsPbX3, where X is a halogen element like chlorine (Cl), bromine (Br), or iodine (I). Our team fabricates perovskite films of different thicknesses—one, two, or three layers—and analyzes their properties to decide which are the best candidates for use in solar cells.

The method we use to produce these perovskite solar cells is surprisingly simple and cheap. We start with emptied refillable printer ink cartridges and fill them with the desired perovskite solutions. The substrates on which we will deposit the perovskites are mounted on a CD, which is inserted into the printer. The printer’s original CD printing software is then used to print out a “colored” image, with the perovskite solution corresponding to each of the original ink colors printed on the substrate in place of that color (Fig. 3). Using this method, multiple perovskite films can be printed at the same time, and the films can even be reprinted for a multilayer design. This allows us a great deal of flexibility to alter the thickness, fluorescence, and other film properties that will affect its performance in a solar cell.

Once we have printed the perovskite films, we study their electric transport properties—specifically, how charge is stored (capacitance) and how charge flows (current) as we alter the voltage applied to the material. This allows us to identify the perovskite formulas with the most desirable properties for use in solar cells, and we can then work to optimize these perovskite films for energy conversion efficiency and lifespan of the solar cell.

Because of their low cost, inkjet-printed solar cells are a very promising technique to improve the availability of solar energy in the future. Learn more about the process in the video below! 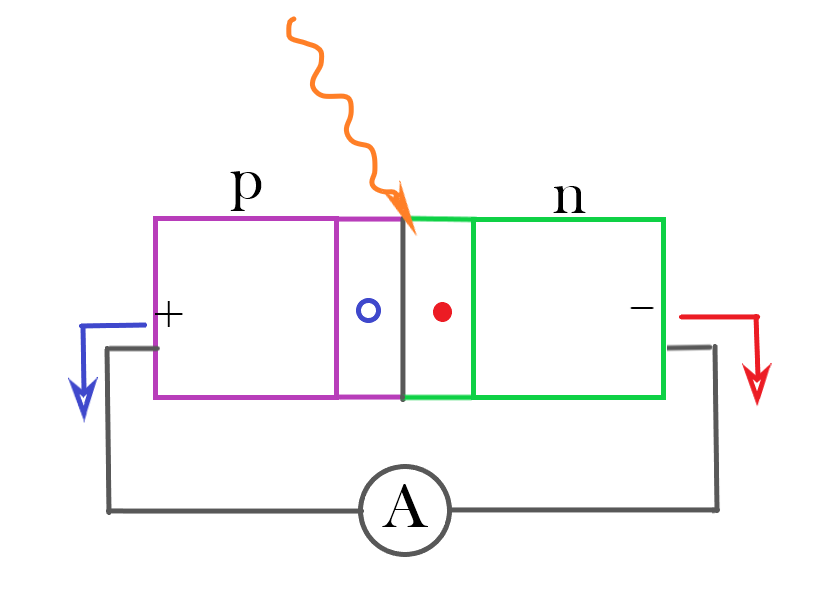 Fig. 1 (Click to enlarge) The solar cell functions as a p-n junction.When sunlight is absorbed at the p-n interface, an electron-hole pair is formed, creating an electric field that forces the electrons to move towards the "n" region and the holes towards the "p" region. The electric current in the external circuit flows from positive terminal to the negative terminal and the ammeter (labeled "A") measures the current. Diagram courtesy of Victor Sabirianov.

The solar cell functions as a p-n junction.When sunlight is absorbed at the p-n interface, an electron-hole pair is formed, creating an electric field that forces the electrons to move towards the "n" region and the holes towards the "p" region. The electric current in the external circuit flows from positive terminal to the negative terminal and the ammeter (labeled "A") measures the current. Diagram courtesy of Victor Sabirianov. 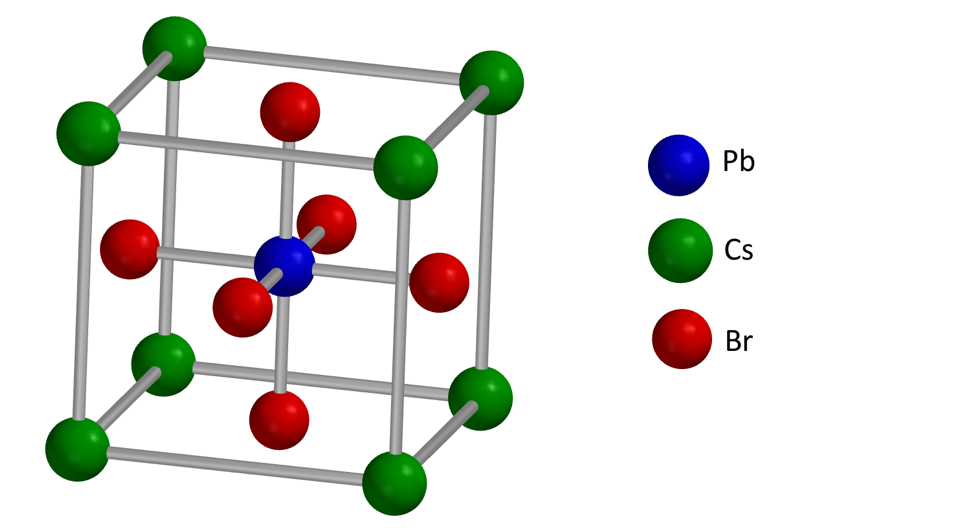 Fig. 2 (Click to enlarge) The crystalline structure of the perovskite CsPbBr3. Diagram courtesy of Ian Evans.

The crystalline structure of the perovskite CsPbBr3. Diagram courtesy of Ian Evans. 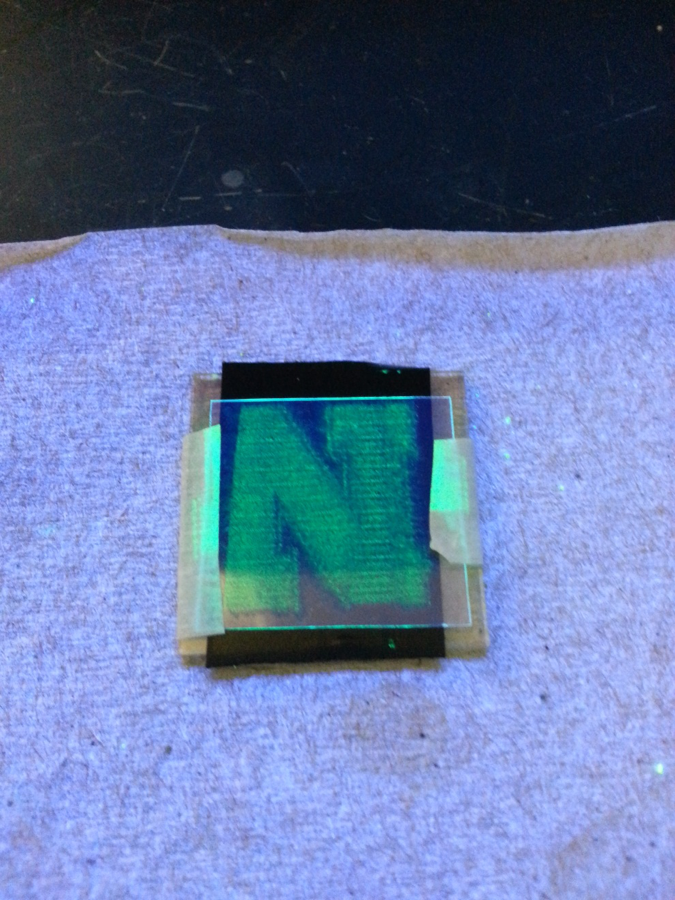 Fig. 3 (Click to enlarge) Optical photograph of the perovskite films under ultraviolet light shows that the films are photoluminescent.