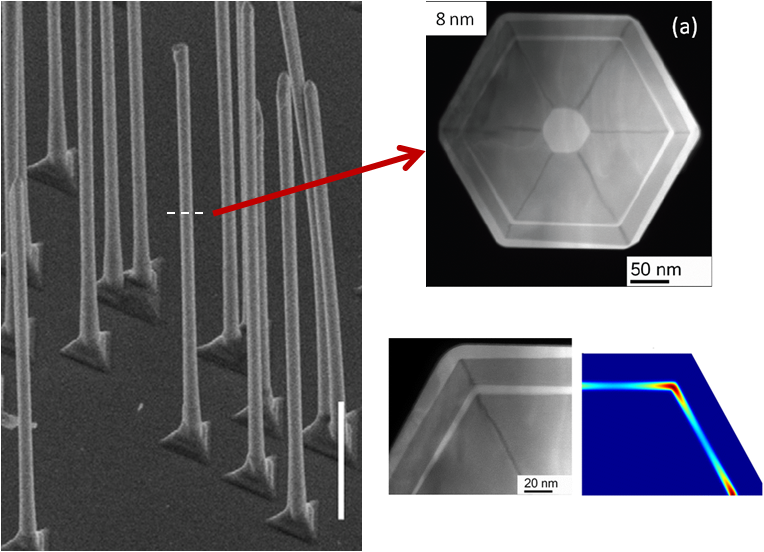 Feb 27, 2016 0
Nanowires
How to Make a Quantum Laser Pointer
by Leigh Smith

For thousands of years, humans have dreamed of building new structures, designed to bring beauty into their lives while simultaneously making their lives easier and more meaningful.  In recent years, materials scientists and engineers have engaged in essentially the same type of process. We have developed new ways of synthesizing materials that do not appear in nature, in which nanoscale structures allow us to control the quantum states of electrons.  By controlling quantum mechanics, we can imagine and synthesize novel materials that will increase the efficiency of solar cells, increase the speed and reduce the power consumption of computers, make splitting water into hydrogen cost-effective for power generation, and so on.

The figure above shows semiconductor nanowires with a diameter one hundred times smaller than a human hair.  The wires are so small they can only be seen using an electron microscope.  The real magic happens inside these structures, however.  Looking at the cross-section of a wire shown on the right, you will see that there are multiple layers of different materials surrounding the core. The light hexagonal band surrounding the central nanowire core is actually a cylindrical quantum well which runs the length of the nanowire. A quantum well is a thin layer that allows electrons to move along its surface, but not perpendicular to it. The quantum well shown here is only 8 nanometers—a few atoms—wide, and it strongly confines the electrons to the corners of the hexagonal wells, as you can see from the bright red areas in the computer simulation. The electrons are confined to true one-dimensional states which run the length of the nanowire, so they can move forward and back along the nanowire, but not up and down or side to side. Restricting the motion of electrons is important to increase the efficiency of a device. When electrons are able to move only in a desired direction, we minimize the energy they lose through random motion in other directions.

You may not realize it, but many devices you already use depend on quantum mechanics to operate.  For example, laser pointers confine electrons in thin two-dimensional layers, which dramatically increases their efficiency. Using a quantum well tube nanowire like those shown here, we may be able to build a nano-laser of even higher efficiency.  Similar designs could substantially improve the efficiency of solar cells, or make possible new technologies which have not yet been dreamed up.

You are limited only by your imagination—and the imagination of materials scientists is enabling us to reinvent matter itself. 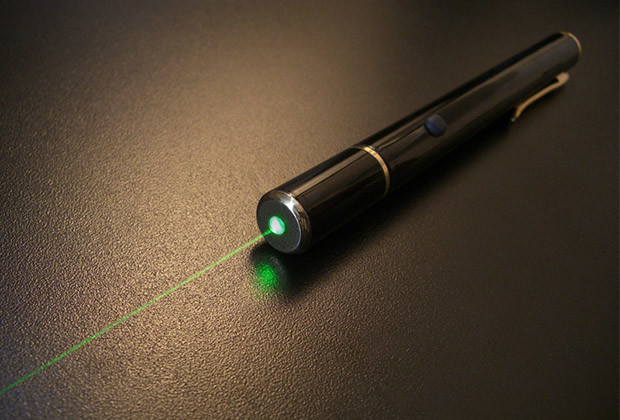 Fig. 1 (Click to enlarge) All laser pointers use thin two-dimensional layers to confine electrons to the interior of the device, which increases their efficiency.