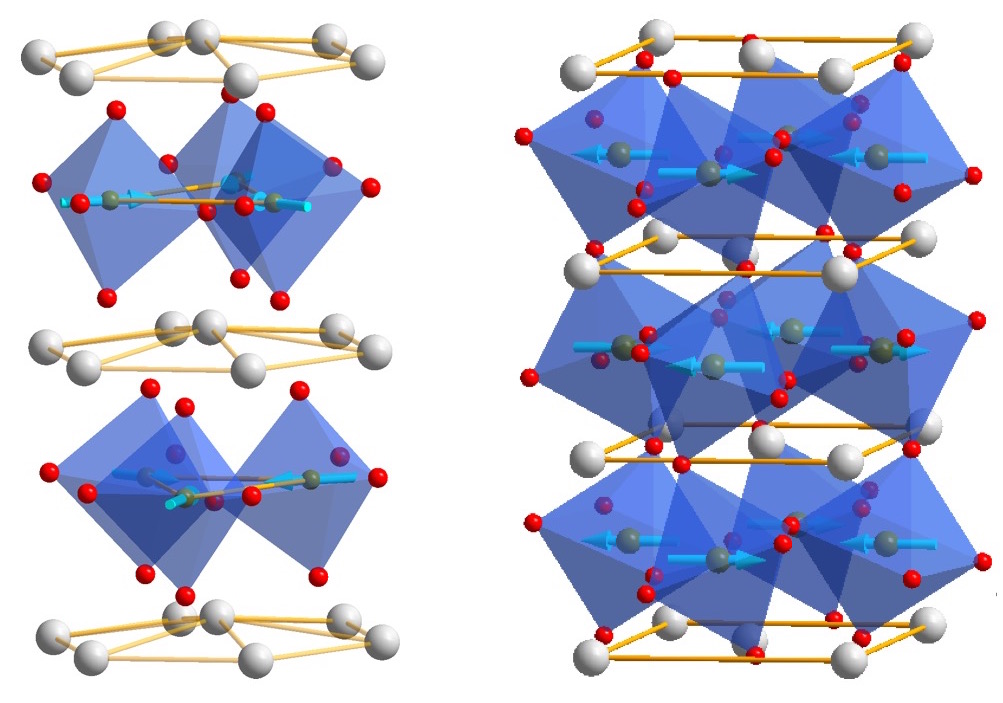 There are many ways atoms can arrange microscopically to form crystalline materials. Interestingly, materials created from different arrangements of the same atoms may exhibit completely different physical and chemical properties. A very good example is carbon. Carbon atoms can arrange into cubic and hexagonal structures to form diamond or graphite, respectively (Fig. 1). While graphite is a soft, inexpensive material used as pencil leads, diamond is the hardest known material, rare and extremely important in cutting and grinding tools.

Obviously, being able to tweak a material at the level of atomic arrangement to produce different crystal structures could be not only interesting but also very useful in developing materials with desirable properties. One important approach scientists use to engineer materials with particular crystal structures is called thin film epitaxy. In this method, atoms are deposited on the flat surface of crystal, known as the substrate. If a substrate with a cubic crystal structure is used, the deposited layer will probably have a cubic structure, too; if a substrate with a hexagonal crystal structure is used, the thin film will likely also have a hexagonal structure (Fig. 2). By using different kinds of substrates and controlling the temperature, the speed with which atoms are deposited, and other conditions, researchers can adjust the arrangement of atoms in the deposited layer. Repeating this process layer by layer produces a thin film of material. Thin film epitaxy provides a way not only to fine-tune the properties of known materials, but also to generate completely new materials with structures not found in nature.

Since the crystal structure of a material affects its properties, as seen in the example of diamond and graphite, new and useful properties may be discovered from these structurally engineered materials. For example, researchers were recently able to convert a known material into a new form that may be useful in information storage. The natural crystal structure for the compound LuFeO3 is a distorted cubic form (Fig. 3). Researchers found, however, that using thin film epitaxy with a hexagonal crystal substrate can force the LuFeO3 film into a hexagonal structure.  In this hexagonal arrangement, LuFeO3 becomes both magnetic and ferroelectric. Ferroelectric materials carry net positive and negative electric charges at opposite ends, and this charge difference can be reversed using an electric field, which can be used for information storage. This combination of ferroelectricity and magnetism makes this new material promising for compact, energy-efficient information storage and processing applications. 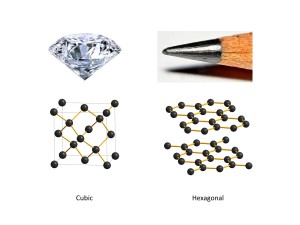 Fig. 1 (Click to enlarge) While both diamond and graphite consist only of carbon atoms, the arrangement of their carbon atoms is responsible for their vastly different properties. 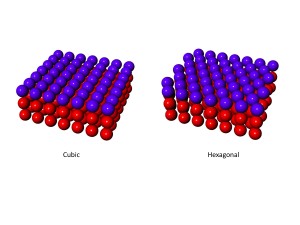 Fig. 2 (Click to enlarge) Look closely -- can you tell the difference between the cubic and hexagonal crystal structures? The differences may look subtle, but they can produce huge differences in the properties and behavior of materials. 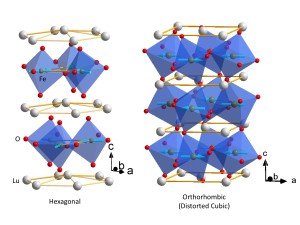 Fig. 3 (Click to enlarge) LuFeO3 usually occurs in the crystal arrangement on the right. When it organizes in the form on the left, however, it exhibits magnetic and ferroelectric properties that are useful for information storage and processing.
TAGS: #crystals    #fabrication    #ferroelectricity    #thin films
PRINT
SHARE THIS POST:
0
0
0
0