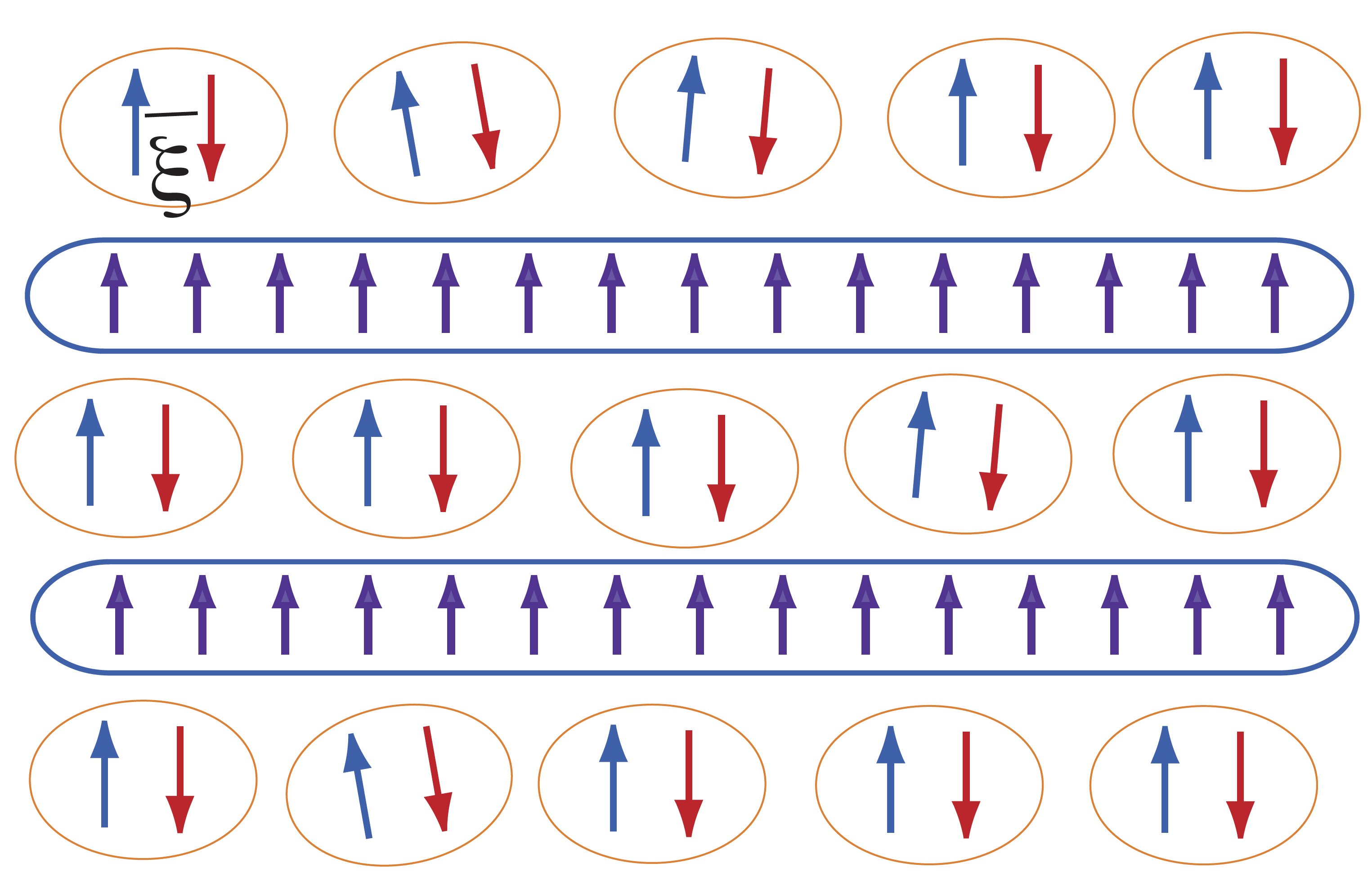 Feb 24, 2016 0
Magnets and superconductors
Going With the FFLO
by Vesna Mitrovic

What follows is adapted from materials originally published on the Brown University website. A link to the original article can be found below.

Superconductors and magnetic fields do not usually get along. However, a research team led by a Brown University physicist has produced new evidence for an exotic superconducting state, first predicted a half-century ago, that can indeed arise when a superconductor is subject to a strong magnetic field.

Superconductivity—the ability to conduct electric current without resistance—depends on the formation of electron twosomes known as Cooper pairs. In a normal conductor, electrons rattle around in the structure of the material, which creates resistance. But Cooper pairs move in concert in a way that keeps them from rattling around, enabling them to travel without resistance.

Magnetic fields are the enemy of Cooper pairs. In order to form a pair, electrons must be opposites in a property that physicists refer to as spin. Normally, a superconducting material has a roughly equal number of electrons with each spin, so nearly all electrons have a dance partner. But strong magnetic fields can flip “spin-down” electrons to “spin-up,” making the spin population in the material unequal.

So what happens when we have more electrons with one spin than the other–that is, what happens with the ones that don’t have pairs? Can we actually form superconducting states that way, and if so, what would this state look like?

In 1964, physicists predicted that superconductivity could indeed exist in certain kinds of materials exposed to a magnetic field. They theorized that the unpaired electrons would gather together in discrete bands or stripes across the superconducting material. Those bands would conduct normally, while the rest of the material would be superconducting. This modulated superconductive state is known as the FFLO phase, named for physicists Peter Fulde, Richard Ferrell, Anatoly Larkin, and Yuri Ovchinniko, who predicted its existence.

Physicists have been trying for years to demonstrate that the FFLO state exists, but without success. To investigate the phenomenon, we used a superconductor with the catchy name κ-(BEDT-TTF)2Cu(NCS)2. The material consists of ultra-thin sheets stacked on top of each other and is exactly the kind of material predicted to exhibit the FFLO state. After applying an intense magnetic field to the material, we investigated its properties and found there were regions across the material where unpaired, spin-up electrons had congregated. These electrons behave like little particles constrained in a box, as illustrated in the figure. Since superconductors usually require very cold temperatures to limit the random motion of particles, one surprising finding was that the material we studied exhibited the FFLO state at a much higher temperature than expected.

This new understanding of what happens when electron spin populations become unequal could have implications for other situations in which superconductors coexist with magnetic fields. It might help astrophysicists to understand pulsars—densely packed neutron stars believed to harbor both superconductivity and strong magnetic fields. It could also be relevant to the field of spintronics, in which devices made of layered magnetic and superconducting structures store information based on electron spin rather than charge. 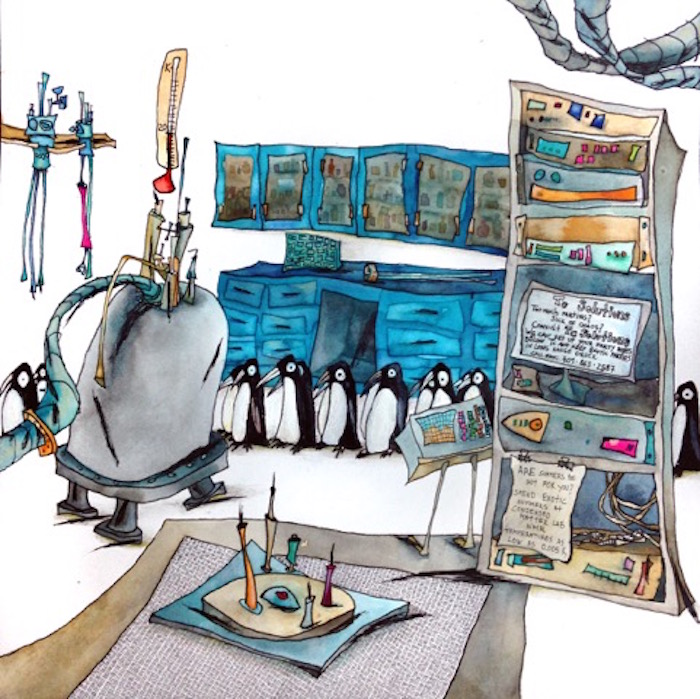 Fig. 1 (Click to enlarge). Artist's rendering of the Mitrovic lab at Brown University, where very cold temperatures are used to maintain and study highly ordered states of matter, like those found in superconductors. (Jelena Berenc)

Fig. 1 (Click to enlarge). Artist's rendering of the Mitrovic lab at Brown University, where very cold temperatures are used to maintain and study highly ordered states of matter, like those found in superconductors. (Jelena Berenc) 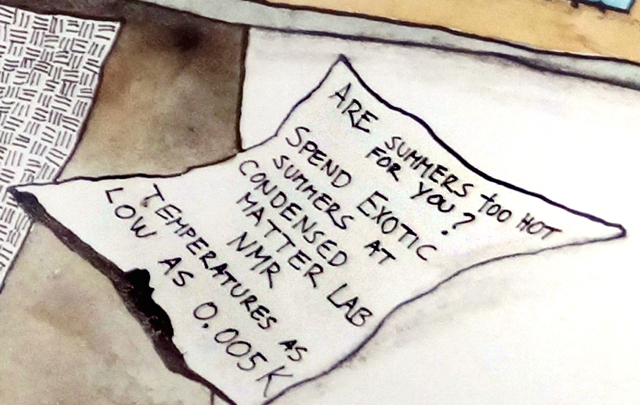